Other News and Events by EdgeEndo

Get ready for the amazing EdgeEndo 2 + 1 Online Promo

Dentistree and EdgeEndo are proud to bring you the Master of Endodontics himself, Dr. Stephen Cohen on "Complete Single Visit Endodontics"

Dentistree and EdgeEndo are proud to bring you the Master of Endodontics himself, Dr. Stephen Cohen on "Complete Single Visit Endodontics" 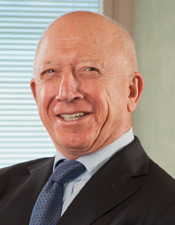 Dr. Stephen Cohen, M.A., D.D.S., F.A.C.D., F.I.C.D., is a Diplomate of the American Board of Endodontics. He lectures worldwide on endodontics, and is the senior editor for all nine editions of the definitive endodontics textbook, Pathways of the Pulp, and a co-editor of the renamed 10th edition Cohen’s Pathways of the Pulp.

After completing his studies in the Endodontics Postgraduate Program at the University of Pennsylvania, Dr. Cohen began his private practice in San Francisco’s historic 450 Sutter Medical Building.

Dr. Cohen served as the Chairman of the Endodontic Department, University of the Pacific Arthur A. Dugoni School of Dentistry and has continued his long relationship with the school as an Adjunct Clinical Professor of Endodontics.

In addition to his academic appointments, Dr. Cohen has held leadership positions in many of the

Dr. Cohen has authored and co-authored numerous papers for the most significant journals, was Co-editor and contributing author of A Clinical Guide to Dental Traumatology, and has consulted to many organizations including the House Intergovernmental Relations and Human Resources Subcommittee, Letterman Army General Hospital, and the California Dental Superiority of Service Panel.

Dr. Cohen is also a leading legal expert witness on issues involving departures by dentists from the Standard of Endodontic Care, and has participated in over 400 cases in the United States and Canada.

Watch this video, and be spellbound by Dr. Cohen now!